In this 3 part series, we will be making a game, using python game programming library pyglet.

pyglet is a cross-platform windowing and multimedia library for Python, intended for developing games and other visually rich applications. Pyglet runs under Python 3.5+. Being written in pure Python, it also works on other Python interpreters such as PyPy, while supporting development and production on Windows, MacOS and Linux operating systems.

PongPong, is a name I thought of from PingPong, with some tweak to it, that it would not involve any Artificial Intelligence or Machine Learning and not any complex Data Structures, but simple Python classes, to create our game. Generally speaking, PongPong is a simple yet amazing game to play around with! A game that every developer should try to make to learn several concepts behind game development.

PongPong will have single-player functionality with others being solid walls. If you know traditional PingPong, it has 2 walls and 2 players (both being human or one could be a computer), players either can use the keyboard’s arrow keys or mouse movement to dictate movements of the paddle. Paddle can not move further behind the walls on both sides and also it could not move up and down, its movement is restricted to left and right. Adopting the same functionality of Paddle from traditional PingPong, PongPong will have same function of paddle’s movements with a restriction that it could only move using arrow keys. Then, there is a Ball that we need to defend from going inside our territory or simply saying from going behind the paddle. Ball will reflect and move in the opposite direction once touched with walls or paddle. Ball’s speed will be random, but we will try to keep it in a range so that it does not exceed our player’s movement while defending its territory. PingPong has 2 walls and 1 other player to play against, but PongPong will have 3 walls and single player functionality (to keep it simple and AI-free!). A sample of the final output of PongPong. 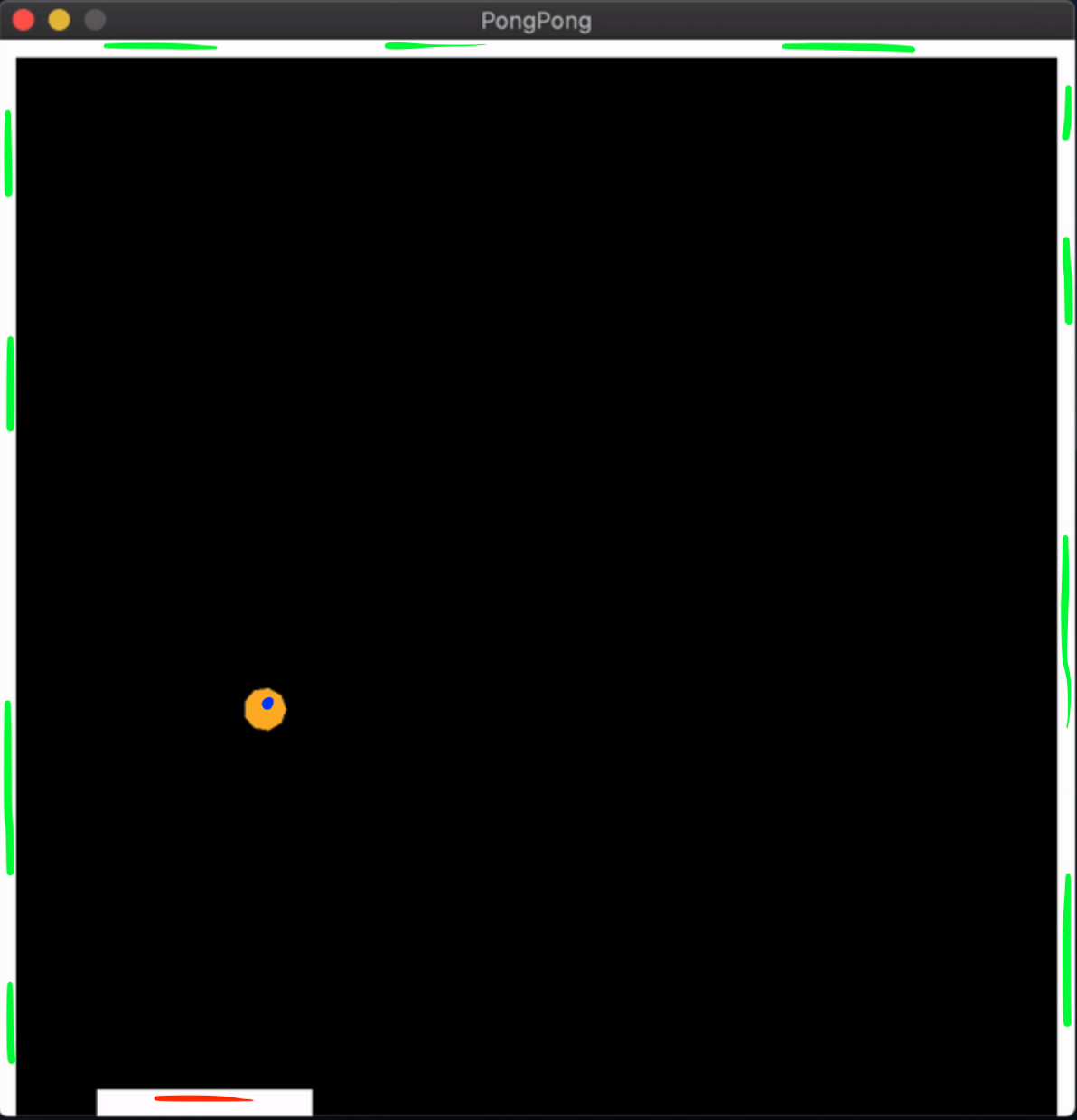 Here the area marked in green are the walls, blue marked is ball( coloured orange) and the paddle is marked red. Each component’s design will be discussed later in their respective section while diving into code simultaneously. The directory structure will follow the below pattern: pongpong.py is our main file which will be used to trigger the game, all other files in folder pong contains classes for different components and have some utility functions (all are simple, I assure you). So we have our initial design on how it will look on the outside and what all components we need to create, to sum it up we have: So, without any further ado, let’s dive into programming the PongPong !

Let’s create our main file first (but only limited things that we need to get started). Name it pongpong.py, don’t forget the project structure (ponpong.py file is in PongPong project directory). All variables are almost self-explanatory. ballspeed defines with which speed it would be moving, negative values means that it is moving in downward direction. paddleacc defines the left-right movement direction acceleration whenever we click left-right arrow keys on keyboard. Consider it as the number of points it will move whenever we click arrow keys. More things will be there in pongpong.py file, but for now just keep it as it is.

Let’s first create walls surrounding the paddle and ball, that is, our game boundaries. Wall is essentially a rectangle drawn vertically (2 rectangles, 1 on left and 1 on right) and horizontally (1 on top of game window). The walls will look something like this when completed after drawing on the main window.

For this, create a RectangleObject class in a python file, name it rectangle.py. The code would look something like this (don’t forget to create this file in pong folder, see above for project tree): RectangleObject inherits pyglet’s Rectangle shape class. Even though we are just initializing base class again in it’s __init__ method, it is somewhat good practice to create separate class (maybe just in case in future we may add more methods to it), but for this tutorial we are definitely not going to add any more method in it (remember what I said, it’s going to be simple). So what pyglet.shapes.Rectangle does ? It is a predefined class in pyglet library, present in shapes module, that provides us the power to create a Rectangle on some window. It has its own set of parameters, but to keep tutorial easy to follow, we will see those in next part of this tutorial on how to draw a rectangle that just fits our needs. So we have our walls class ready named RectangleObject, inside rectangle.py file, inside pong folder, inside PongPong project directory. So far, so good ! Let’s create our Paddle now!

The paddle is again a Rectangle, with additional ability to move around left-right using keyboard arrow keys. So, let’s see the code first, name the file as paddle.py: Hmm, seems complex? Naah, it’s simple! Let me explain: So anything left ? Yeah self.rightx, what the hell is it ? The paddle will look something like this in the final window:

More on the paddle in the next part. Let’s create the PongPong ball.

The ball will be a type of circle, with some speed to move around and colour of our choice. Let’s dive into the code then: Not going to explain what pyglet.shapes.Circle does (it is same as Rectangle class discussed earlier while creating walls) While initializing the ball it would be at rest, but in the main window when we load all objects, during that time we will change its velocity to some value (defined in pongpong.py file, see here), but before loading it should be at rest! It would look something like this: 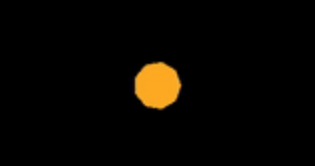 Well, that’s it, we have the ball in the field now!

Well, so far so good! If you followed this step-by-step and have some doubts, I would be very happy to get them sorted (maybe I will learn something new 😁). Make sure to drop them in the comments! In the next part, we will see how to launch our game window and how to load these objects in the window. Just starting your Open Source Journey? Don’t forget to check out Hello Open Source Want to ++ your GitHub Profile README? Check out Quote - README Till next time! Namaste 🙏
Next Tutorial:
Python Pyglet gaming Part 2

Namaste 🙏🏽 I am an Engineer and a Full Stack Developer hooked on Python & Scala. Besides Programming, I enjoy exploring OSFY, Mythology, Personal Finance and Manga 🧙‍♂️