Normalizing and standardizing are the common concepts in statistics which help the data to bring under a common shelter without changing the relative difference between the different values present in data. Does that sound odd? Don’t worry keep going and you will know what I am talking about. 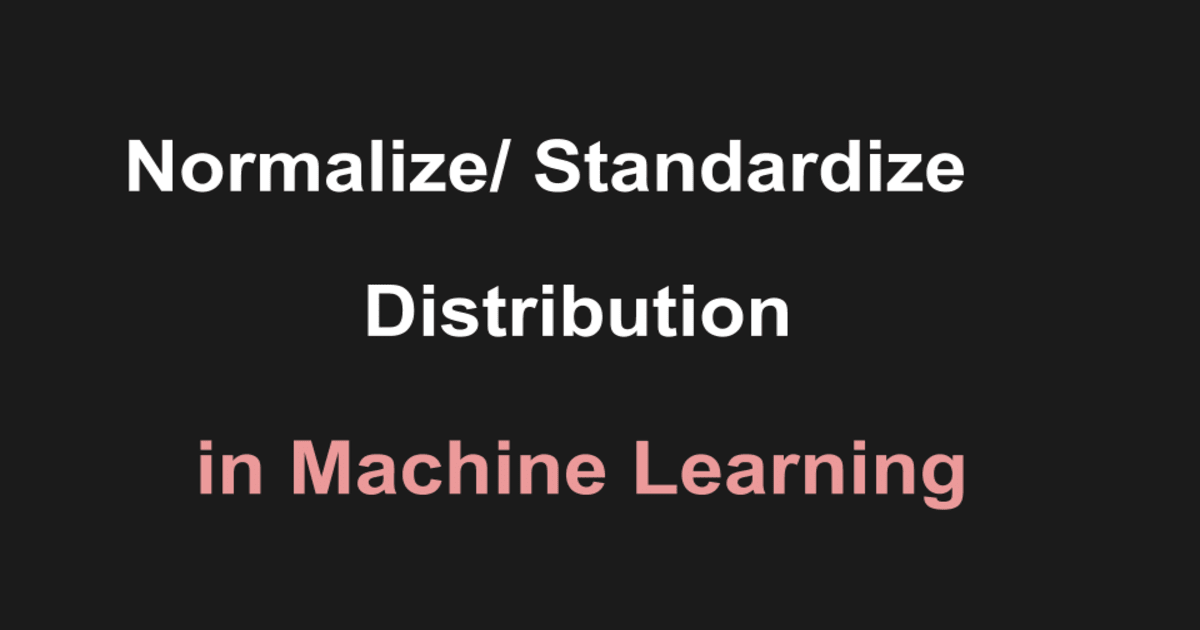 Why do we want to Normalize the distribution

Let’s first start with the why and then move to the further questions. The values present with different features can vary a lot. For example, a is_old can have binary values(0 and 1) on the other hand a feature like cost can have values ranging from $100 to $10000 depending upon the item under consideration. If we don’t normalize/ Standardize your dataset feature having more range will contribute more toward the learning leading to bias in the model. In the above example, the cost value will contribute more toward the trained dataset. We generally normalize values when feature are present in the dataset having different range. Normalization doesn’t lead to change in the real range of the dataset. Standardization leads to reduction of dataset between values in such a way that mean of the distribution is set to 0 and standard deviation is set to 1.

How to normalize/ standardize distribution

A standard way to normalize a distribution is to apply this formula on each and every column.
$\frac{x - x_{min}}{x_{max} - x_{min}}$
This will distribute the values normally and reduce all the values between 0 and 1. For standardization, we use the following formula,
$\frac{x - x_{mean}}{x_{standard_deviation}}$

Apply Standardization on a dataset

As we can already see that the data in the data frame is not standardized, if we don’t normalize the data the outcome will be fairly different and we won’t be able to get the correct results. We can understand this concept in more detail if we think in terms of neural networks. Let’s say we have a dataset and we are trying to find the salary of the employees given some features like, years of experience, grades in high school, university and salary in last organization different other factors. Now if we keep the data as it is, some features having higher values will get higher importance. So, to give a fair chance to every feature to contribute equally toward the model initially( with fixed weights), we normalize the distribution. Sklearn provides a very simple way to standardize your data.

This standardization uses the values of mean and standard deviation to calculate the new as opposed to the one of the basic min-max approach we discussed earlier.

Apply Normalization on a dataset

This is how MinMaxScaler works in sklearn.

The idea behind preprocessing modules in Sklearn is that, you can fit with any given data and then transform some different data to change the data according to one on which you fit it. So, it is a general practice to fit the StandardScaler on the train data and transform on both train and test data. Hope you liked the post. Leave a comment if you have any question. Also, do subscribe to the newsletter if you want to read more such posts.

3. Basic Mathematics for Neural Networks | Vectors and Matrices with Matplotlib